Listen to Antonio Vivaldi's most famous work, the "Four Seasons", performed by ORCHESTRA 1756 (on period Instruments) and the Soloists of the Salzburger Konzertgesellschaft. Concert Location is St. Charles Church, a historical jewel of vienna, offering the perfect setting for this musical experience

The so called “Four Seasons“ is a compilation of four revolutionary violin concerts. Four poems - which might've been written by Vivaldi - are the image of the composition which shows us furious thunder storms and flashes, breaking ice and twittering of birds, sleeping shepherds, barking dogs, a band of hunters and many more spectacular impressions....

Vivaldi the Four Seasons in St. Charles Church - what to expect:

The concert:
Vivaldi the Four Seasons in St. Charles Church lasts 65 to 75 minutes with no break in between. The Four Seasons by Antonio Vivaldi is one of the masterworks in classical music and will be performed by the Orchestra 1756 on historical instruments.

Seating:
Like most of the historical concert locations in Vienna, the St. Charles Church has no numbered seats. There is free seating within the category. The evening box opens 30 minutes before the concert starts. We advise to be on time.

Dresscode:
There is no dress code, but please respect the church.

Orchestra Size and cast of Vivaldi the Four Seasons in St. Charles Church:
The Orchestra 1756 will perform The Four Seasons with 11 musicians on historical baroque instruments.

Information for people with disabilities:
Unfortunately the St. Charles Church is not barrier free. There are 12 steps, but the evening personnel is always happy to assist. Please notify us if you need help. 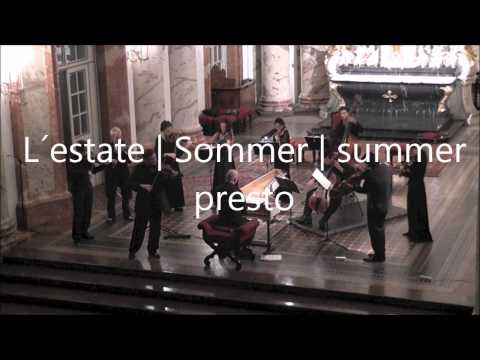 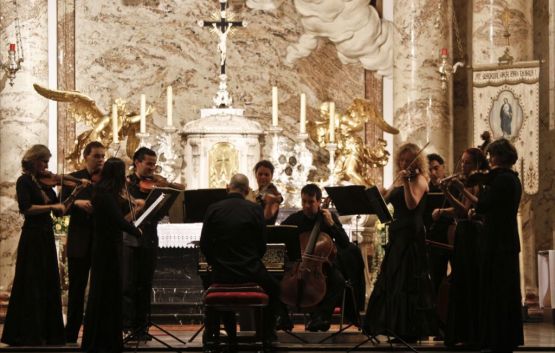